In this post I would like to discuss the creation of Custom Spray Paint Logo (pressing T in game) for the famous multi-player game of Counter Strike from an image of your choice. This hack works for both Counter Strike 1.6 and Condition Zero versions. 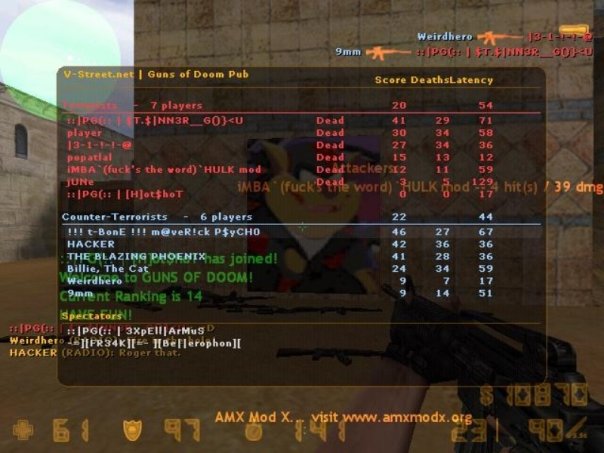 For this you would need a tool 'Hl Tag Converter' from the link
http://www.gamefront.com/files/8716305/CS_Spray_Creator

Run the exe file in the zip folder. Follow the instructions in the tool. Read the 'Rules' from the step 2 'Adjust' in the tool to assist creation. Save the output file as a 'WAD' file type.

Posted by Ashish Thukral at 5:43 PM No comments:

I have started using Ubuntu (12.04 LTS 64-bit) for the past some time. Also I am an avid reader of web based articles and other textual material. However, while reading text, I come across many words whose meaning I don't know. I like to keep a track of all such words and their meanings so that I can later on review the words and try to boost my vocabulary.
For this purpose, I have started using a combination of 2 tools and some config settings to ease the process. I would like to share the set-up with you guys as I feel many of you might be interested in something similar. There might be many other options present to save your word-meanings but I tried to automate it somewhat myway.
Using this you can add/append the word and its meaning to a designated file in your Ubuntu system by using some hotkeys.

First one is the Google Dictionary plugin for Chrome. You can easily install this from the Google Chrome Extensions Online Market. Once installed you can double click any word in the browser window and a small popup will appear with the selected word and its meaning.
Chrome Dictionary Link:- https://chrome.google.com/webstore/detail/google-dictionary-by-goog/mgijmajocgfcbeboacabfgobmjgjcoja?hl=en

Second tool is a system level tool for Ubuntu named ClipIt which is a default clipboard replacement tool. You can easily install it through the 'Ubuntu Software Center'.
ClipIt HomePage:- http://clipit.rspwn.com/

A small icon will appear in the taskbar. When you click on it, goto the Preferences and go to Actions.
In Actions, click on the Add... Button in the bottom which adds a new row with 'Action' & 'Command' values being Blank and %s respectively.
'Action' corresponds to any name you want to give the task, 'Command' is the command to run.
Now I wanted to add the Selected Word and Definition in a file in the system while using some hotkeys.

In the 'Action' column, enter
Add Word
as the value which acts as a name for this action. You can use any other name too.

The 'Command' column contains
echo '%s\n\n'|cat>>~/words.txt
as the value. The %s is the copied text which ClipIt will use to use in the 'echo' command and pipe to 'cat' command and append to 'words.txt' file in the home directory with 2 newline chars after every save.

Note: Make sure when you enter values for Action/Command, you press Enter so that the values are saved for the new Action you just created.

Also you can go in hotkeys and change the 'Actions hotkey' to <Ctrl><Shift><A> from the default one which doesn't work for me due to some reason, I guess may be due to clash. You will have to type the key combination.


Some tips and notes:

Posted by Ashish Thukral at 6:55 PM No comments:

Hi !
I got the domain name ashishthukral.com (alias athukral.com) almost a year back but then procrastination is too lucrative at times and hence I never really did anything useful with the domain. After a long time finally I decided to do something and give the poor domain a cliched Blog front.

But this blog is not about a specific topic or a domain but is an attempt to share with you all an assorted set of informative and interesting posts on topics such as
The posts and articles will range from my personal experience, thoughts, hands-on and shares from other internet sources handpicked  refined and filtered by me. I will try to keep plagiarism to a minimum so that the comments section stays clean O:-)
Comments, advices, appreciations, abuses ( try to obfuscate the curse words though ) are all welcome !

Posted by Ashish Thukral at 2:24 AM No comments: